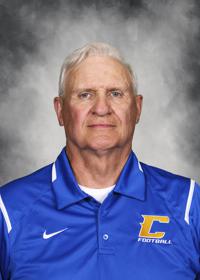 Coach Woods is married to Trudy Woods and they have two sons Jeffrey and Justin, both graduates of Chattahoochee.  When not coaching and working Coach Woods and Trudy travel internationally and spend time with their four grand children.