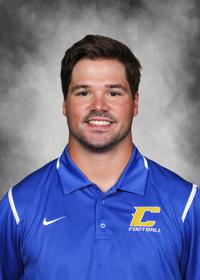 This is Coach Botts’ first year at Chattahoochee. Previously he served as a Defensive Graduate Assistant at Lenoir-Rhyne University, where he assisted with defensive backs and special teams

Coach Botts also graduated from Lenoir-Rhyne with a Bachelor’s Degree in Health and Exercise Science, where he played linebacker on the football team and midfield on the lacrosse team. He had major success in both sports, winning 5 conference championships among the two and earning a berth to the 2013 National Championship in football. Coach Botts is also the Associate Head Coach for the Men’s Lacrosse team at Chattahoochee.