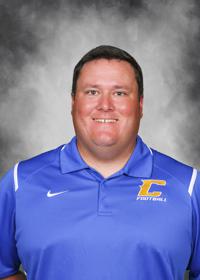 This is Coach Depa’s 3rd season at Chattahoochee.  Before coaching Wide Receivers this year, he served as the Defensive Line coach during the 2016 season and was the Freshmen Defensive Line coach for the 2015 season.  Coach Depa has also coached in the North Georgia Touchdown Club All-Star Game during his tenure at Chattahoochee.  Finally, he was the Head Boys Lacrosse Coach for 1 year.  Before coming to Chattahoochee, Coach Depa coached for the Johns Creek Middle School program with his final year being Head Coach for the 8th grade team.  When not coaching, he enjoys traveling, heading to the lake, and attending Georgia Tech football games.